In Twenty Bitches (Tarred and Feathered),
I cut along the contours of the pattern in a twenty paisley smoking jackets, reducing this silky symbol of power to a mass of feathery tatters that borders on disintegration. The work, like Fatigue, 2004 (see Underbush), deconstructs the smoking jacket and the inherent power relationship they represent, and hangs them out to dry. 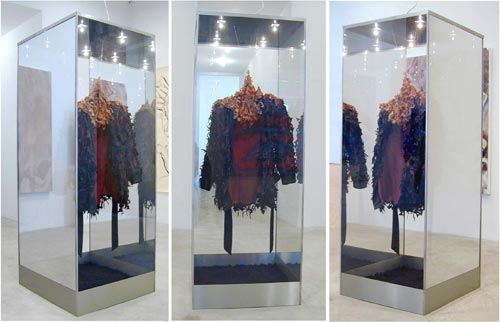