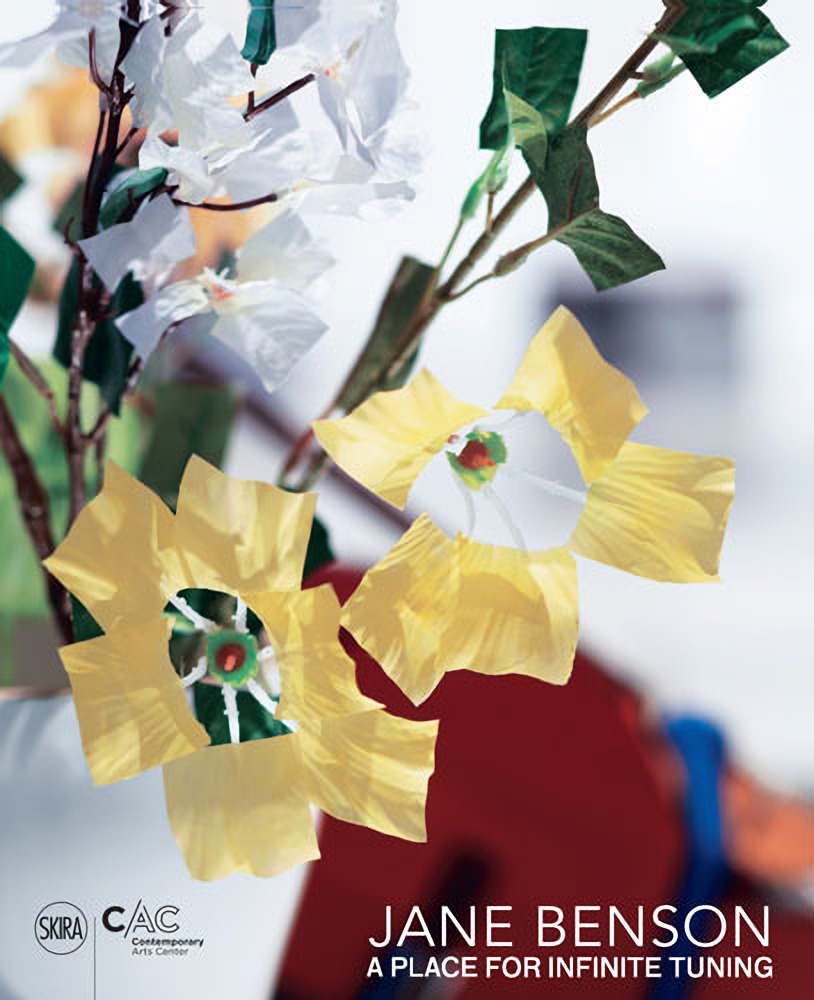 This book surveys the landscape of British-born, New York based artist Jane Benson’s acute, yet lyrical practice, forging a trajectory through the past decade as she splits, fractures and skews archetypal structures into poignant re-assemblies. It is Benson’s first major monograph, printed on the occasion of her 2017 survey exhibition at the Contemporary Arts Center in Cincinnati.

Notions of creation and destruction may seem diametrically opposed, but their uneasy, yet generative exchange has re-shaped the face of both art and the world it reflects. With a delicate, but poignant approach to dismantling and rebuilding, Benson has conducted a systematic campaign of deconstruction since the beginning of her career. Seeking to better reflect the multiple facets of the self as well as families separated by war, travel and trade, her amalgams forge a nascent place for renewal, plurality and gathering. This book surveys work from the past fifteen years of Benson’s practice, discussing installations, video, drawing, sculpture and performances that regenerate familiar objects, texts and settings into vexing new formations.

A primary example is her series The Splits (2011- ongoing), which features a number of string instruments hand-cut down the center so they could be re-connected in a more exploratory and collaborative manner by way of performers in locations near and far. She employed this concept to create metaphorical bridges for an exiled family from Iraq to renew connections via shared musical dialogue and flags from their many countries, shredded and woven together. Along with drawings made by repeated turns of her split instruments, fleshy self-portraits made by blindly rubbing her own body, precariously balanced still lifes, unabashedly fake faux flora and a series of excised texts that transform book pages into musical scores, Benson cobbles fertile new forms from the fractures of old.