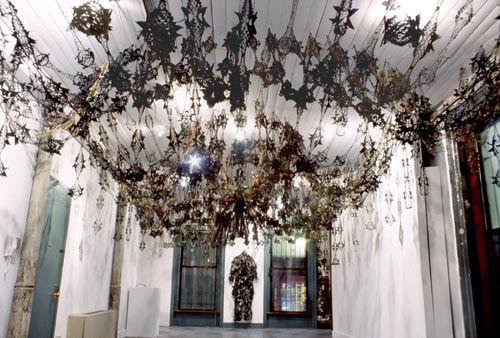 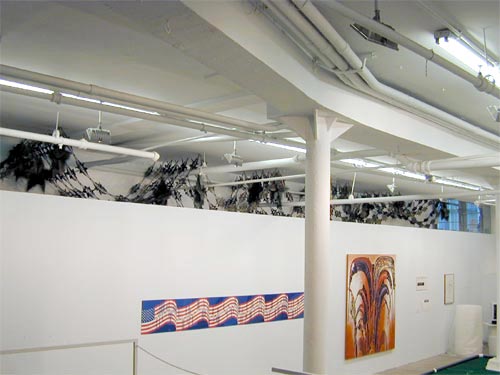 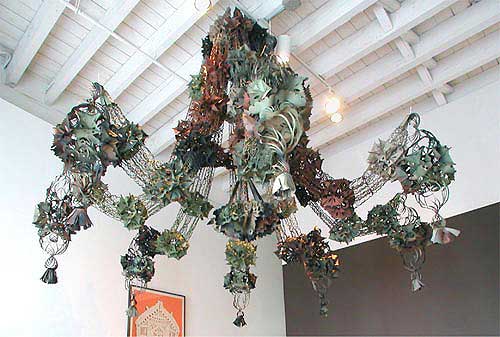 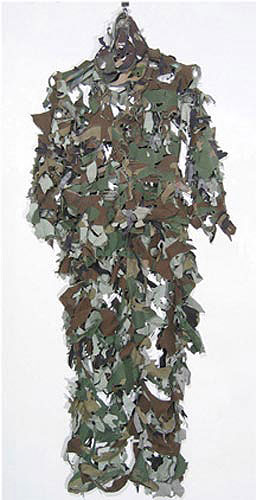 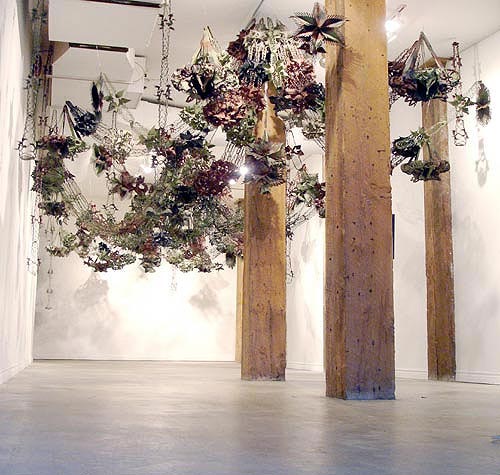 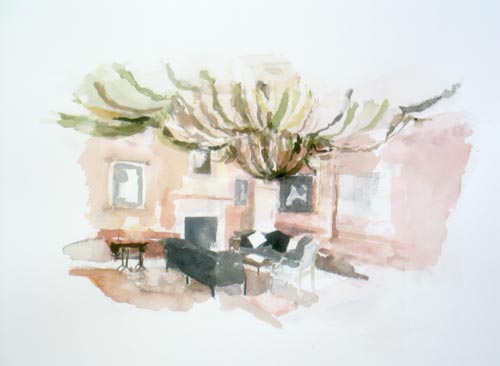 In Underbush, 2004, hanging foil garlands festoon from the ceiling. However, meaning is morphed by repainting over the normally flashy foil colors with the matte colors founds in camouflage. Drab greens, deep browns and black refigure the familiar context of celebration, subverting the role of decoration, creating in its place an oppressive canopy of deception.

Read essay Even The Plants Are Angry, by Sara Reisman for the catalogue accompanying Underbush, 2007 at the Helen Pitt Gallery, Vancouver.