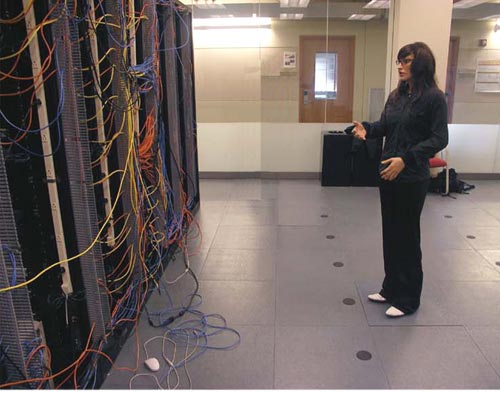 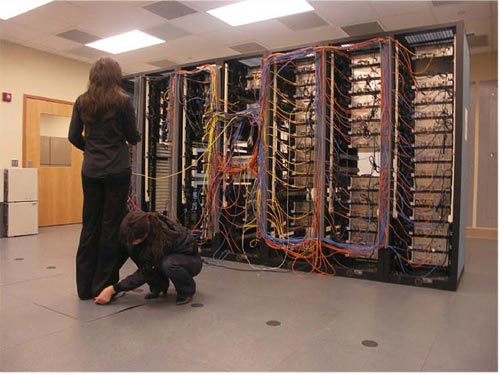 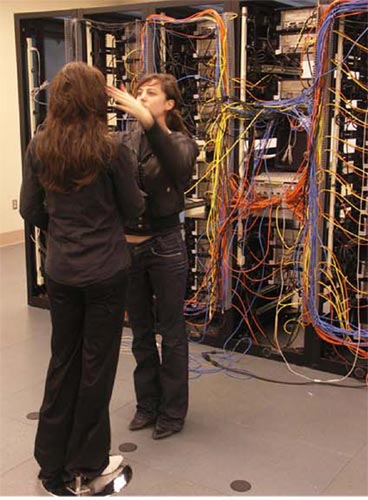 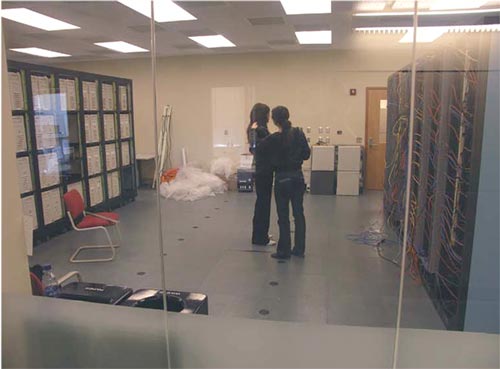 Beyond Reason, commissioned by the Siebel Center of Computer Science, at UIUC, turns to a new subject of imitation – the human body. In Beyond Reason the artist chose as her site a somewhat barren laboratory in this highly secured building. Room 417, like most of the building’s labs, allows no access to the public, but invites a full view of the room’s contents through a glass wall that separates the room from the hallway. Unlike the other busy labs in the facility, however, this room contains only untended racks of server computers, blinking away in the darkness.

Benson chose to add to this public sign of computing power and intelligence another mute, inaccessible representation - a full-scale mannequin self-portrait. The artist stands in the lab frozen in mid gesture with the computers, arguing or persuading on our behalf, an avatar for the “artist in residence” but also for the passerby. As in previous projects, Beyond Reason playfully suggests an illusion of life, yet without letting go of artifice. Perhaps new to this project though, Benson’s employment of illusion brings the status of the other “live” objects into question – why do we believe the racks of servers to be more alive than her immobile avatar? What new life do we hope the artist will bring to the “uninspired” space of the scientific lab? These questions and others make Beyond Reason an exciting extension of Benson’s past works, as well as a promising turn towards new transformations of site.

Kevin Hamilton, Coordinator and Curator, Art in the Siebel Center.